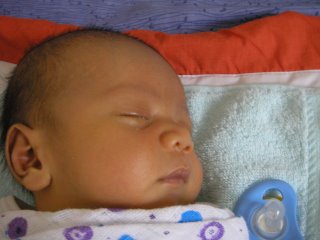 Aint it scare us enough? If an expert in economy tells that our country will face economy downfall, we will get prepared, we believe the expert. And in the Quran, Allah, our Creator, that knows everything about us, tell us that we are in loss. Wont we have to be getting prepared, will we?
But for certain people (mentioned in that Surah), they are not in loss. People who are believing in God, people who commit good deeds (aamilu Solihaat). For that two, I am sure everyone reading my blog are committing them. But for the other two, to give advice in truth, and to give advice in patientness (as-sabr), not many are doing it.

Please, remind me. Give me advice. Help me to excell in my study, in my life, in akhirat.
Dicatat oleh azamkukuh di 1:21 PTG Tiada ulasan:

Morality is the central of Islamic teachings. Explain hy a Muslim must be committed to Islamic moral values even within an immoral society.

I would like to point out my view to the Malay perspective. There are one thing that the Malays call 'adat' which means norm. It is actually ahter different that akhlaq since norms are normally not related to Islamic moral values. However, when talking about Islam, Malays will like to talk about fiqh, fiqh, fiqh, fiqh aaaaannndd fiqh. As if fiqh is the only field in Islamic teachings. They will all the time argue about fiqh and sometimes even fight among them just because of different views on fiqh. But they forget one vey important thing in Islamic teachings - akhlaq. The Malays forget that their teenagers are drifted away in the streams of immorality. They forget that the most immoral-doers in the statistics are the Malays. They just keep arguing about fiqh, keep arguing they should wear the serban, keep arguing that people who are wearing jubah that touches the soil are not good people, keep arguing that 'kayu sugi' is better than modern toothbrush, keep arguing on things that should not be argued much. But they forget to teach their children about how to behave according to Islamic moral teachings, they forget to tell their children what is wrong what is bad (moral or akhlaq is to do good things and leave bad things). O Malays, wake up! Correct your akhlaq! Realize that akhlaq is one of the most important Islamic teachings that you have left behind. Akhlaq is the main teachings of our Prophet!

Another point is that when we talk about immoral society, one of the first things that comes to our mind is the westerners, since they possess immoral behaviour the most, generally. Should Malay students studying in Western countries abide Islamic moral values? Consider this verse, 'Verily you (Muslims) are the best of all people and you should enjoin what is right and forbid what is evil' [Surah Ali Imran: 110]. Even if Muslims are in immoral society, they should forbid evil, and enjoin the truth. One of the truth is Islamic moral values. Why not show to the Westerners how Muslims behave accordingly to Quran and Hadith? Show to them. May they become impressed by our beautiful behaviour and would like to follow us as examples.

So? If I've already committing the good deeds, so what else to do? As students, what else? As a super lazy students, what else I need to do? Keep on sleeping? Because I know that when we are tired, sleeping is morally accepted. Do I need to keep on doing it? Do I? Am I that tired? Have I worked hard that much til I really need to stay cool and get relax? Dont I have the desire to excell? Do I? 'Tepuk dada, tanyalah Iman'. I know all the answers. Morally, I need to react to the questions. Morally, I need to change.
Dicatat oleh azamkukuh di 11:48 PG Tiada ulasan: